Here’s a list of people you don’t want sitting in the cubicle next to you at work: Brad, Jeremy, Mike, Sharon and Will. They’re all coffee traders at Zephyr Green Coffee in Downtown New Orleans, which means they drink coffee for a living. And when they do, they do so pretty loudly and obnoxiously.

One of the words that comes up when they explain how to properly sip a cup of coffee is “aspirate.” They actually sip coffee from a spoon, not a cup, using very quick, explosive inhalations. This allows the coffee to essentially vaporize and spread all across their palates, so they can taste every bit of it. When a professional coffee sipper sips, it sounds as if a hydraulic connection has come unattached — loud, abrupt and whooshing.

You may not want to mimic their sipping technique if you hope to maintain harmony at your office or home. But it turns out you can learn a lot about coffee if you drop by their office on Julia Street on any given morning around 10. That’s when they have their daily cupping sessions, when they sample a half-dozen or so coffees that they’ve ordered for delivery (called a pre-shipment sample), or they might be checking out new suppliers for possible future orders.

Zephyr is part of the Louis Dreyfus Company, which was founded in 1851 and is now a $50 billion global corporation based in Amsterdam, providing all sorts of food to all sorts of customers. Zephyr is something of a boutique operation within the organization — it works mostly with specialty coffee, which is different than the commercial-grade coffee widely used by less expensive brands. The organization buys and ships green coffee in burlap sacks, which is then roasted by its customers. Peet’s Coffee & Tea is one of Zephyr’s largest customers, but the company also works with New Orleans roasters, including Hey! Cafe on Magazine Street, Mojo Coffee Roasters and other small roasters that supply local restaurants like Brennan’s. Zephyr’s office is fairly small and nondescript — it’s marked by an easily overlooked plaque outside the front door, like a British spy agency. Coffee isn’t actually stored or transshipped from here — it doesn’t particularly smell like a coffee shop. The company has a warehouse a few miles away for local orders, but its chief warehouses are in Seattle and New Jersey. From here, the company can ship sacks of coffee to customers pretty much anywhere in the country within a few days.

But this office is where most of the coffee gets vetted before it moves to the warehouses. Julia Street is thus a sort of coffee portal, where small sample bags are checked for faults and to ensure that price matches quality.

On the morning that I visited, six different beans were arrayed in shallow, triangle-shaped dishes atop a stainless-steel lab table. I was walked through the process by Drew Cambre, Zephyr’s quality control manager. He first ground the samples from each tray one by one. (They were roasted the day before, giving them 24 hours to “outgas and settle down,” he said.)

He then arrayed the ground coffee in a handful of Sazerac-style glasses on the table. Then traders came in one by one, bent down and sniffed each glass (“Do not exhale or you’re in for a surprise,” Cambre warned me when I moved to try the same). When they were done taking notes, each glass got “dosed” with water heated to 200 degrees, and within a couple of minutes a sort of coffee-grind crust formed on top of each. Cambre called for the traders to return, and with a soup spoon they broke the crusts, then stirred from the bottom while simultaneously bending down to inhale. More notes were scribbled on the forms: “tobacco,” “cocoa,” “toasty.” They also scouted for defects, like a moldy smell or “bagging” — when the coffee takes on the smell of the burlap bags it’s stored in. Those with minor faults may get diverted into cheaper roasts or flavored coffees.

A few minutes later, after the samples cooled to about 160 degrees, the loud aspirating started. One by one, they took up a spoonful and sipped sharply and audibly. More note-taking ensued. They also examined the trays of beans for consistent size and irregularities. That day’s beans were from Honduras, Guatemala, Indonesia and Nicaragua. Some discussion followed the tasting: Cambre said he tends to prefer the Asian beans, like Indonesian, because they have a richer taste, even when roasted lightly. And a lighter roast means more caffeine. Cambre likes caffeine.

When Cambre looked over the final tallies, he saw that most scored in the 70s or 80s — a typical day. Anything scoring in the 90s would be “ridiculously expensive,” he said. “It would have to be specifically ordered, and not something that’s going to sit in the warehouse.”

Traders wandered out of the cupping room and went back to sit in front of computer screens, where they do their buying and selling. Cambre recapped by saying that the Honduran coffee was good, but they were already “overbought” on Honduran, so they’d likely pass on it. They were all pretty impressed with the new Guatemalan coffee sample, though — especially at the price the seller was asking. They’d probably order a shipment of that one.

Cambre then set about cleaning up the cupping station, and began to start thinking about tomorrow’s tasting. Somewhere, on a farm on the flanks of a Central American volcano, a farmer will soon get good news. 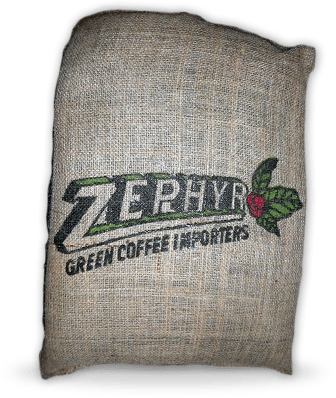 How to make the best possible cup of coffee? Following the exacting protocol of Zephyr’s cupping sessions may not fit into your morning routine, but Drew Cambre, Zephyr’s quality control manager, has a few suggestions: