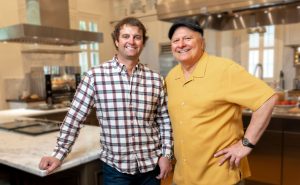 We are honored to have been named Best Grocery Store and Best Place to Work by so many Gulf Coast newspapers, magazines, organizations and online polls. We have also been nationally recognized by Bon Appétit, Epicurious, AOL, Business Insider and The Daily Meal as One of the Best Grocery Stores in the Country. These honors and achievements are the result of our commitment to our team members, customers, vendors, community organizations and local events.

You may request logos and high-resolution images for editorial use in newspapers, news magazines and trade publications, and online and broadcast media. All logos and images remain the property of Rouses Markets and must be credited as such. These images are for editorial use only and cannot be used for personal or commercial purposes. Inquires should be submitted to Rouses Marketing and Advertising.

Absolutely no photography, video or filming is permitted inside a Rouses Market without prior authorization and an escort while shooting. All requests must be submitted in writing to area press contact a minimum of two business days in advance. Inquires should be submitted to Rouses Marketing and Advertising.