As long as there’s been coffee in the kitchens of this country, innovative cooks have been adding the little bit left in the pot to their culinary creations. After that slice of country ham was fried for breakfast, Grandma would add a splash of coffee to the fat left in the cast-iron skillet. A few stirs and a pat of butter later, red-eye gravy was ready to ladle over grits.

Today, more than ever, coffee is being eaten in many savory as well as sweet ways. Its deep, unexpected richness is especially good with dark cuts of beef, lamb and poultry.

As home coffee technology has changed — from percolators to Mr. Coffees to countertop espresso machines to Keurigs — so have the ways to cook with coffee.

My great-aunt Marie Hodges (known as “Jim’s Marie” to distinguish her from the other Marie Hodges in the family) was known for her pot roast made with coffee as the braising liquid. One friend adds it to her beef stew and, like Aunt Marie, to the pot roast she cooks for the family in the slow cooker. She thinks of cooking with coffee, she says, “as the same as using Coke or Dr Pepper, like Mama used to use.”

Slow cooker pot roasts made with coffee, by the way, yield terrific gravy, thickened with cornstarch and served over mashed potatoes or mashed cauliflower.

Today’s cooks are likely to rub ground coffee on a thick cut of beef, as in the Coffee-Crusted Beef Tenderloin recipe, which combines coffee with dark brown sugar, cumin and cayenne pepper. Chefs mix coffee with a sweet syrup, such as maple syrup, cane syrup or honey, to make a glaze for poultry or salmon. Commander’s Palace Executive Chef Tory McPhail uses chicory coffee combined with various sweet elements — cane syrup, bourbon, even muscadine jelly — to lacquer on poultry, one of his signature dishes. And coffee is terrific as a flavoring for barbecue sauce for beef or pork.

On the sweeter side, coffee complements not just chocolate but brown sugar, coconut, almonds and any other nut. Naturally, it plays well with any creamy, sweet flavor. Drink and dessert “mocha” is just sweetened cocoa or chocolate and coffee.

Perhaps coffee’s expanding popularity, to drink and to use for cooking, is due to the fact that Americans are now more appreciative of bitter flavors, as other cultures have been for a long time. South Louisiana has long had an affinity for coffee with chicory, the bitter root originally used by the French as an extender for coffee.

Café du Monde is one of the top two or three brands used to make Vietnamese coffee, strong and sugared with sweetened condensed milk. This is not surprising: Vietnam food culture was also heavily influenced by the French.

Coffee can be added to recipes in its liquid form, but also as a pinch of instant espresso, a half cup of cold brewed concentrate, or a teaspoon of instant chicory coffee or espresso. The instant coffees last a long time and are handy to keep in the pantry.

We on the Gulf Coast are lucky to have a couple of brands of commercial coffee concentrates readily available for cooking as well as drinking. One of my longtime favorite desserts is café au lait ice cream made with chicory coffee concentrate — and there’s no need for an ice cream freezer. (If you’ve never made it, you’ll be amazed how simple it is to create ice cream without a churn and rock salt.) If you don’t have coffee concentrate, make it from instant. Dissolve four teaspoons of instant chicory coffee or instant espresso in one-half cup of hot water, and let cool to room temperature before use.

Coffee concentrate is perfect for coffee cocktails — even coffee shots. And, of course, it’s perfect for iced coffee and other coffee drinks. One big advantage of making these at home, with concentrate or by other means, is the huge cost savings over coffee bars. When it’s too hot and humid in the summertime to drink hot coffee, I make skinny iced coffee with skim milk, coffee concentrate, Splenda and a half-teaspoon or so of sugar-free hazelnut syrup.

Besides drinking it hot in a mug or iced in a glass, coffee can be used in other morning beverages. A friend who has maintained a huge weight loss for years specializes in easy high-protein meals, including the occasional breakfast smoothie made from coffee, a banana and an envelope of Carnation Instant Breakfast. Adapt this idea using your favorite protein powder that’s made for mixing with milk.

Try a pinch of finely ground coffee in a spice rub for beef, duck, chicken thighs and other dark meats. Adventurous outdoor cooks — every guy or gal around here who owns a grill — can begin with a base of a half-cup of finely ground coffee, a third-cup of coarsely ground pepper and three tablespoons of kosher salt. Add other favorite spices to suit your taste.

To experiment with liquid coffee in recipes, substitute the cooled stuff for the same amount of liquid in your favorite from-scratch recipe, or even in a mix. For instance, Anne Byrn, the Cake Mix Doctor, suggests using one-quarter cup of brewed and cooled coffee to replace the same amount of water in angel food cake mix. Or make mocha brownies by substituting all or some of the water in brownie mix with coffee.

One question that comes up occasionally when cooking with caffeinated beverages like coffee and cola is: Does it cook out? No. In fact, it may become more concentrated as the dish heats. This is something to know in case you are serving a dish to children or anyone else who might be sensitive to caffeine.

You can always do a little math. If you’re adding one cup of coffee to a batch of brownies that makes 16 servings, it equals a half-ounce, or one tablespoon, per brownie. If you use a quarter cup of coffee in the same batch — still enough to flavor it — it would be less than one teaspoon per serving. It’s the cook’s call. As always, it’s best to inform guests, or make a coffee-free version of your coffee baked beans for the kids.

Coffee has always been served with dessert and sweets, and now it’s used in more and more dessert recipes, too. Coffee cuts the sweetness in baked goods, and it deepens the flavor of chocolate.

Some classic desserts include coffee, such as French Gateau L’Opera. The French assemble the thinnest possible layers of coffee-soaked sponge cake, ganache, buttercream and chocolate glaze into the gateau. Classic Italian tiramisu is easier for the home cook to tackle. While a custard mixed with mascarpone chills, ladyfingers are split and soaked in a mixture of coffee and rum, brandy or coffee-flavored liqueur such as Kahlua, then assembled with the custard and whipped cream.

Affogato is another Italian concept, gelato “drowned” in espresso. It’s perfect for casual entertaining. Divide a pint of vanilla, chocolate, mocha or coffee ice cream or gelato into four serving bowls, and drizzle with a cup of espresso. Serve immediately, maybe with a crisp cookie. To make it for one, use two scoops of gelato and one shot of espresso.

Ina Garten makes a coffee-flavored chocolate cake with a little coffee in the buttercream for the frosting. You can also make coffee shortbread bars, or biscotti, with a little finely ground espresso.

If a recipe calls for ground coffee, it should specify which grind. If it doesn’t, plan on using the finest, powdery grinds for something like cookies or buttercream, so the grounds aren’t obvious. Coarser grinds are good for rubs.

One final note: Since hot coffee left to sit can become bitter, taste that little bit left in the pot first. If it tastes okay, pour it into a jar and refrigerate. Tomorrow, try it in a recipe.

You could start with red-eye gravy. 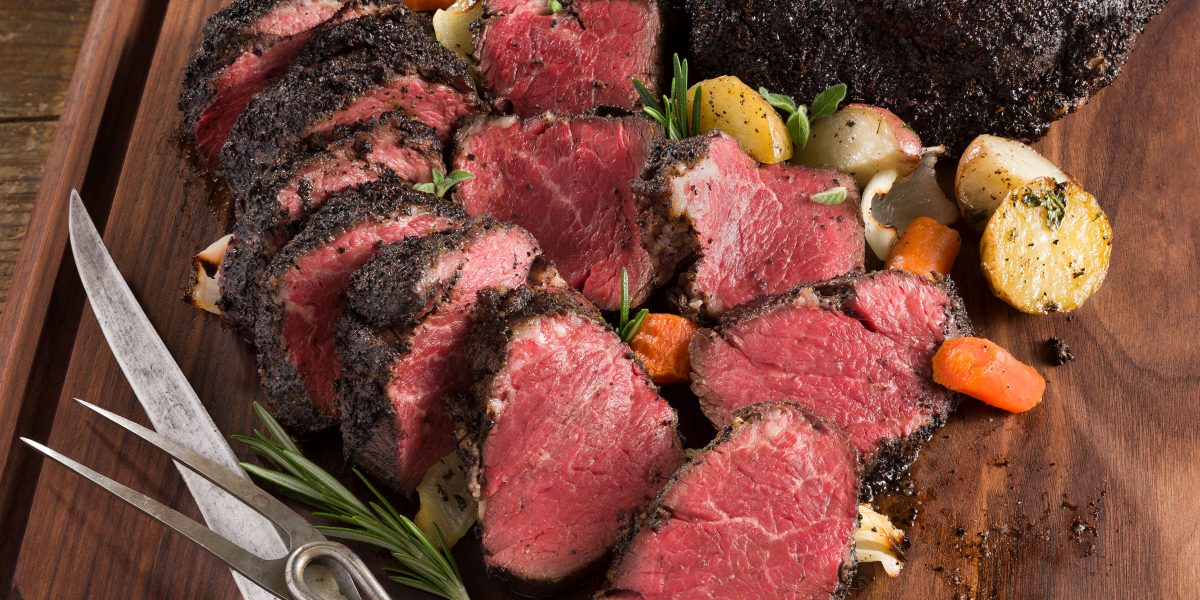 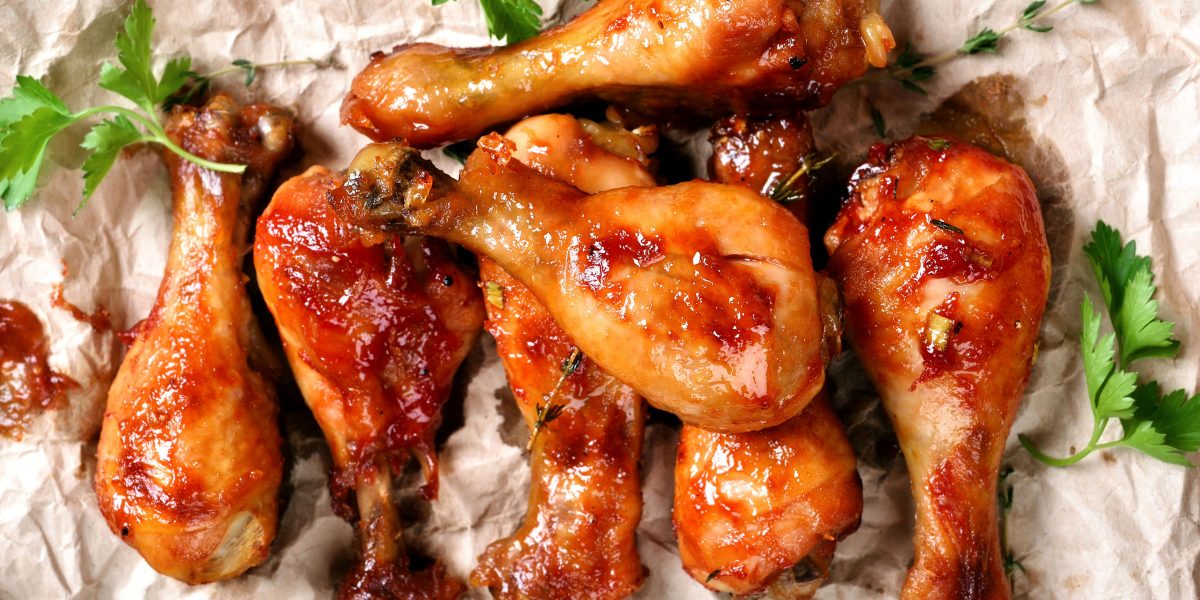