Up until the late 1950s, crawfish was considered a “poor man’s food.” Local fishermen brought the crawfish from the swampy waters primarily for consumption by their own families. If there was more than enough for even the largest of Acadian families, the fishermen peddled the crawfish to friends and neighbors for mere pennies a pound.

The primary method of preparation at the time (in the early 1900s) was boiling the freshwater crustaceans to consume during the season of Lent when seafood predominantly was consumed by South Louisiana Catholics.

According to J. Richard “Dickie” Breaux in his book How to Simply Cook Cajun, “the first establishment to serve crawfish commercially was the Hebert Hotel in Breaux Bridge in the 1920s.” Guests flocked to the hotel where Mrs. Charles Hebert, the proprietress, and her two daughters prepared meals for them. Breaux explains that the sisters gave Mrs. Aline Guidry Champagne of Breaux Bridge the recipe for what has now become the most famous crawfish dish we know as étouffée, which means to smother. She cooked the dish for herself, but soon word spread about this delicious method of cooking crawfish and she began serving it to her customers.

The story goes that Aline’s father Henry Guidry had a dining facility in Henderson, La. known as Guidry’s Place at Henderson Landing in St. Martin Parish. The restaurant had many private dining rooms that seated about 12 people per room.

Breaux claims that the small dining rooms allowed the locals to eat boiled crawfish in private since they were not accustomed to eating them in front of strangers. (This was during the oil boom when there were visitors to South Louisiana who found it odd that people ate “mudbugs.”)

But once the community of Breaux Bridge proclaimed it was the Crawfish Capital of the World in 1959, the mudbugs became so popular that the LSU AgCenter developed crawfish agriculture (pond crawfish) to supply the demand. The “season” for catching crawfish in the wild usually was from January to June, but raising crawfish in ponds provided another source when the supply in the Atchafalaya Basin was not available.

Much like gumbo recipes, crawfish étouffée has various methods of preparation, which each cook proclaims “the best you’ll ever taste.” My mother, whom I trusted in all things culinary, proclaimed every time she put a pot on the stove for making étouffée, “If you make a roux, then you have a stew.” So no roux in her pot. She made what became known in the family as stew-fay because she added a slurry (a combination of flour and water) that helped to thicken the mixture.

But hey, that’s her recipe, and there is no doubt that the locals engage in many discussions about this subject, just as they will argue whether jambalaya should be brown or red (made so by the addition of tomatoes). And that’s a subject for another day. 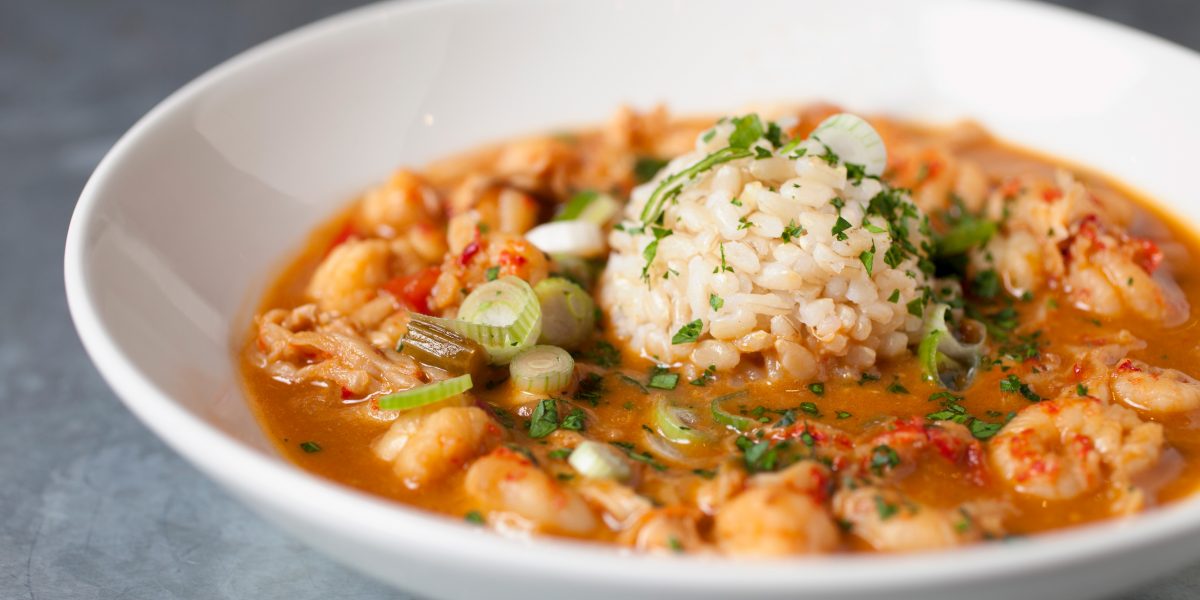