REBEL WITHOUT A PAUSE 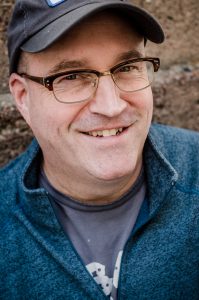 Chef John Currence loves a good party as much as anyone — maybe a little more — but when SEC Saturdays roll around, he’s all about the game.

Home-game weekends in Oxford, Mississippi are renowned for their extravagance and fashion-forward fandom. High-dollar, pre-game parties sprout up in the University of Mississippi’s picturesque quad known as The Grove. Late Friday nights, a small army of dedicated fans and specialized catering crews swarm the area and set up elaborate tent parties — complete with wide-screen TVs, full bars and chandeliers — under The Grove’s towering oaks. Come morning, the area is packed with students, alumni and gawkers, all eager to see the fancy-dress gameday rituals and social events associated with the Ole Miss Rebels tailgate scene.

Currence — a New Orleans native, James Beard Award-winning chef and dedicated fan of Ole Miss football — spends most of his time running his City Grocery Restaurant Group — four local restaurants, an event company, and an expanding network of Big Bad Breakfast (BBB) joints with locations in Birmingham and on Florida’s Emerald Coast in addition to the Oxford BBB. In his spare time, he writes cookbooks (Pickles, Pigs & Whiskey and Big Bad Breakfast), has appeared on Top Chef Masters, and spearheads political activities in his adopted state.

But when he’s watching any football game, he’s focused on the field, and he believes that simplicity is the key to any tailgate, porch party or pre-game gathering.

It’s clear you grew up as a football fan, but did you tailgate as a kid?

When I was growing up in New Orleans, Tulane Stadium was in the middle of my neighborhood. We didn’t tailgate per se, but everybody who lived close to the stadium had house parties, so prior to the Saints or Tulane games we went to our neighbors’ houses.

Oddly, though, my fondest memories of these parties were white cardboard cake boxes full of crustless finger sandwiches. There was a caterer who made these excellent chicken salad sandwiches, cucumber sandwiches and roast beef sandwiches. I would eat myself sick on those. Of course, guys fired up the grill and cooked hot dogs and burgers before the game as well. But I never forgot those finger sandwiches.

My first true tailgating exposure was in Virginia, when I went to a little school called Hampden-Sydney. It was a Division III school, so the majority of the seating for games wasn’t even in stands. The football stadium was situated in a dell, and folks would park their cars on the road right next to the field, up at the top of the hill, and literally drop the tailgates to their station wagons and just roll out their spreads. It was almost like a Norman Rockwell scene. These old, wood-sided station wagons with Igloo® coolers filled with beer, fried chicken, sandwiches and dishes like macaroni salad. That was my first real “tailgating” experience.

The Ole Miss tailgates are legendary in the SEC. Has it always been that way?

My very first memory of The Grove (years ago) is of folks still actually driving cars up to tailgate. They had places where they’d park year in and year out. You just had your tree that you’d park next to or under. Then there was a movement to remove the cars from The Grove because they were threatening the roots of the oaks. That’s when people started setting up tents.

These days on a game Saturday there’s easily 1,500 different parties out there. It’s 14 acres of packed space. The Grove is just elbow to elbow; it’s like Fat Harry’s used to get in New Orleans on a Friday night.

The Grove can also be pretty overwhelming at times. When they march the band and the football team through The Grove, they have to block all the streets. Everything gets locked down.

It’s gotten so crowded that it’s spreading out from The Grove proper. Folks are setting up a little bit farther out from The Grove; you get to where there are green spaces available, like a quarter of a mile down the road. Folks are setting up by the baseball field or behind classroom buildings and dorms a little closer to the stadium. Just little small sorts of plots — 12 or 15, maybe 20 tents. It’s a little more personal and intimate.

It’s really taken on a bigger life. There’s also so much fire control regulation in The Grove these days — you can’t have any live-fire cooking, so the guys are finding other places they can go to pull their smokers up or set their grills out.

The tailgating scene at The Grove seems to have taken on a life of its own.

The Grove is such a spectacle that lots of times it’s difficult to pry folks away from it. It’s a very comfortable environment. It’s filled with TV sets now. It’s a very appealing sort of grotto to hunker down in.

There’s an interesting tension between The Grove and the game. Ole Miss football has traditionally had a problem getting their fans out of The Grove and into the stands before the game starts. The stadium sort of fills up during the first quarter.

I think about it like that scene in Braveheart, where they’re feasting before the battle. I’m like, “We’ve got to put on our battle gear. This isn’t about smiling and being nice. We’ve got to fill our hearts with hate for the next three hours.”

I’ve traditionally been more of a guest. I’ve been involved in a couple of tent groups in the past, but I work the mornings of football games, so it’s tough to do that and be a host in a tent. I make it to every game, so I need to allow for that.

Over the years, we’ve started doing informal porch parties with our close friends and neighbors. If folks want to stop by, great. They can stop by and have a drink, grab something to eat, and then we lock the house and go to the game, and worry about everything else later.

Given a choice, do you cook fancy or simple?

There are a couple of nontraditional things folks like. My mom used to make sausage balls. You know, biscuit mix and sausage and cheese that you bake. We quite literally can’t make ’em fast enough. People love the muffalettas. We do a roasted pork loin slider that’s just roasted sliced pork with caramelized onions, and they just fly out the door. But for the most part, it’s “chicken tenders, chicken tenders, chicken tenders.”

What would you cook for a porch party at your house?

I love jambalaya, étouffée, gumbo, grillades & grits. All those simple things that will stick to your ribs, fill you up. You can just grab a bowl, eat with just a spoon in your hand.

The beautiful thing about tailgating is, it ends up being a potluck and people develop their own crowd favorites, and that’s what they bring to the table.