Étouffée means “smothered” in French and, in most recipes, crawfish (or shrimp) and vegetables are smothered in a medium-brown roux. Étouffée can be made without a roux — it’s just thinner. Some people add RO*TEL tomatoes; others consider that blasphemous. Several contributors to the Facebook group Cajun Recipes have mentioned adding canned cream soup to their étouffée. Cream of Mushroom is the most popular, though Golden Mushroom, Cream of Shrimp, Cream of Chicken and Cream of Celery, and combinations thereof, are also used. Rouses Corporate Chef Marc Ardoin says that when you add cream to étouffée, technically, it’s no longer étouffée. But just like gumbo, everyone has a preference.

This dish appears in Pirate’s Pantry: Treasured Recipes of Southwest Louisiana from the Junior League of Lake Charles. 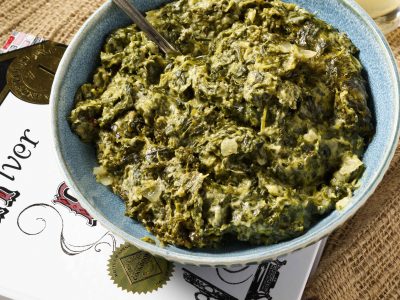 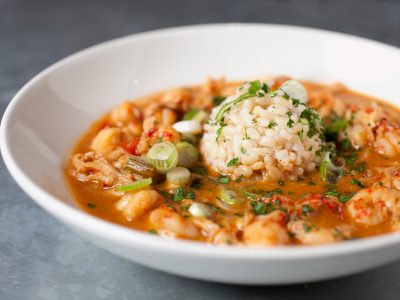